MARITAL PROPERTY IN A DIVORCE

In most divorce cases, the property and debts of the marriage are divided by a mutual agreement between the spouses.  Sometime when a divorce is filed, the spouses have lived apart for so many years, that everything has already been split.

It certainly is best if the spouses can agree on a fair division of the property and debts acquired during the marriage.  The spouses will typically know what property they value the most and typically can reach an agreement on how to split the property.

If the parties can't agree on the division of marital property, the courts handle property division in two general ways.  They divide the property pursuant to the laws of a "community property" state, or based on "equitable distribution".

How does your State divide marital property.

The States that are "community property" states are: Alaska, Arizona, California, Idaho, Louisiana, Nevada, New Mexico, Texas, Washington, Wisconsin and Puerto Rico.  In these States and Territory, the marital property is divided equally.  All other states are "equitable distribution" states, and divide the marital property according to what the Judge determines as fair, or equitable.

Determining what is Marital Property. 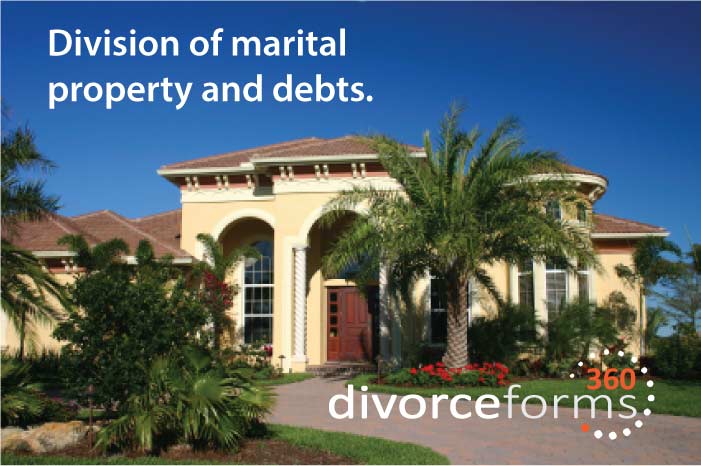 Prenuptial agreements are commonly used to make certain what property brought into the marriage will remain separate, or non-marital, in the event of a future divorce, or the death of one spouse.

Property received during the marriage that remains Separate Property

It is important to understand that in most States, if you have separate property and don't keep it separate, it can be deemed later as marital property.  For instance, if you own a home prior to the marriage, and then refinance the home and put your spouses name on the deed, then the home is now usually determined to be marital property.  Also, if you receive an inheritance and deposit the money in a joint checking or savings account, the court could now deem that money as a marital asset.

Get started on your divorce today with the company who truly cares.